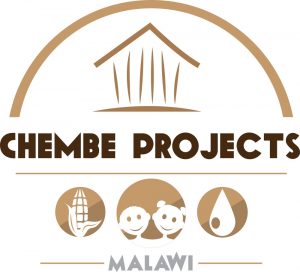 Chembe Child was created to assist the most vulnerable children in the community with nutritional food, social issues education, and a place to gather to feel ‘at home’ and amongst friends.

Our 25 children are ‘hand selected’ by our local team leaders and are considered to be the most in need of the sponsorship and the ones who will benefit the most from such support.

Chembe Child began in 2009 as a means to support these children and provide a support team (we call ‘family’).  In the beginning, with the help of volunteers, the kids gathered in the backyard of a local home each day where they were provided a nutritious meal, games and were given a daily lesson.  Six months later we were fortunate to receive the assistance from Kenyawi Kids who funded the building of a daycare centre near the back of the village which today is the gathering place for all Chembe Child activities. We now have a playground installed too to allow our kids to be kids!

Volunteer opportunities are available and we encourage people visiting the village to stop by the Project Centre reception (located at Gecko Lodge) to schedule an afternoon with the children. We do request a minimum donation be made if you do wish to participate – 100% of this donation goes towards feeding our children at Chembe Child.

There used to be a high incidence of preventable water-borne diseases such as cholera and dysentery, which led to both morbidity and mortality in local communities, especially in children under five years of age.  The proximity to the lake in these communities make wells and bore-holes unsafe as well because of the high-water tables during the raining season, leading to contamination of deep-drilled water sources.

The Chembe Water Project uses pumps to pull water out of the lake from 150 meters.  The water is first sent through a particle filter to remove any debris and sediment.  Next, the water passes through a state-of-the-art ultra-violet treatment system to eliminate any disease-causing bacteria, viruses or microorganisms.  The water is stored in major tanks throughout the village which then supply community taps with a consistent flow of water.

2006 – Chembe Water Project placed 7 water-taps throughout Chembe Village in April of 2006.  These taps deliver clean water to the village daily, and provide the entire village of Chembe with safe-drinking water.

2008 – 20 more taps were installed at the far end of the village where Chembe is most densely populated and doubled the number of people with access to safe drinking water in the area.

Maize is the staple food for Malawian families.  In the unfortunate event of crop failure, the family is faced with the unlikely challenge of surviving an entire year until they get another chance with the crop the following harvest year.

Hunger Relief began as a subsidized feeding program that assists the most vulnerable people in the village during the ‘hungry months’, a time when last year’s crop is finished and the new crop is not yet harvested.

The Project Centre collects monetary donations to purchase bags of maize at full price, and sell it back to selected families at a reduced price through a village co-op program. In 2010, the program fed almost 4,000 people in an 8-week period.

The sales and amounts sold are being monitored by our project manager Mike to ensure the distributed maize is going to those who need it most.

The number of people positively affected by those food drives numbers over 14,500.